With recreational legalization on the horizon in Canada, home cultivation will be allowed in most provinces. While no small undertaking, growing cannabis can be one of the most gratifying and educational hobbies for the passionate enthusiast. There are two main ways to start: growing from a cutting (aka clone) or growing from a seed.

Growing from seed involves sexual reproduction (cue Marvin Gaye) — a male plant is crossed with a female plant to create seeds through pollination. Each seed is a genetic hybrid of the two parent plants, so it has unique ‘DNA’ and may be more similar to one parent than the other. Seeds can be bought from seed banks (depending on your local cannabis laws) and provide growers with the opportunity to experiment with creating new strains.

a male plant is crossed with a female plant to create seeds through pollination.

Cloning — or plant propagation using cuttings, to give it a slightly less sci-fi sounding name — involves asexual reproduction, so the rooted cuttings are genetically identical to the mother (source) plant. Cannabis cells are totipotent, which means that they can grow another plant from any part of a source plant. Cloning by cuttings is a popular method among growers because it makes it possible to replicate the most desirable plants and guarantee the same genotype.

‘Genotype’ refers to the plant’s genetic code. When combined with environmental factors, phenotypes are created, such as colour, height, leaf size etc. — a physical expression of the genotype’s interaction with the outside world. ‘Pheno-hunting’ is the name given by cannabis breeders to the process of growing from seed to find a preferred phenotype (e.g. a plant that has the ideal terpene profile, yield and level of cannabinoids like THC, CBD, and CBN).

Getting Started with Seeds 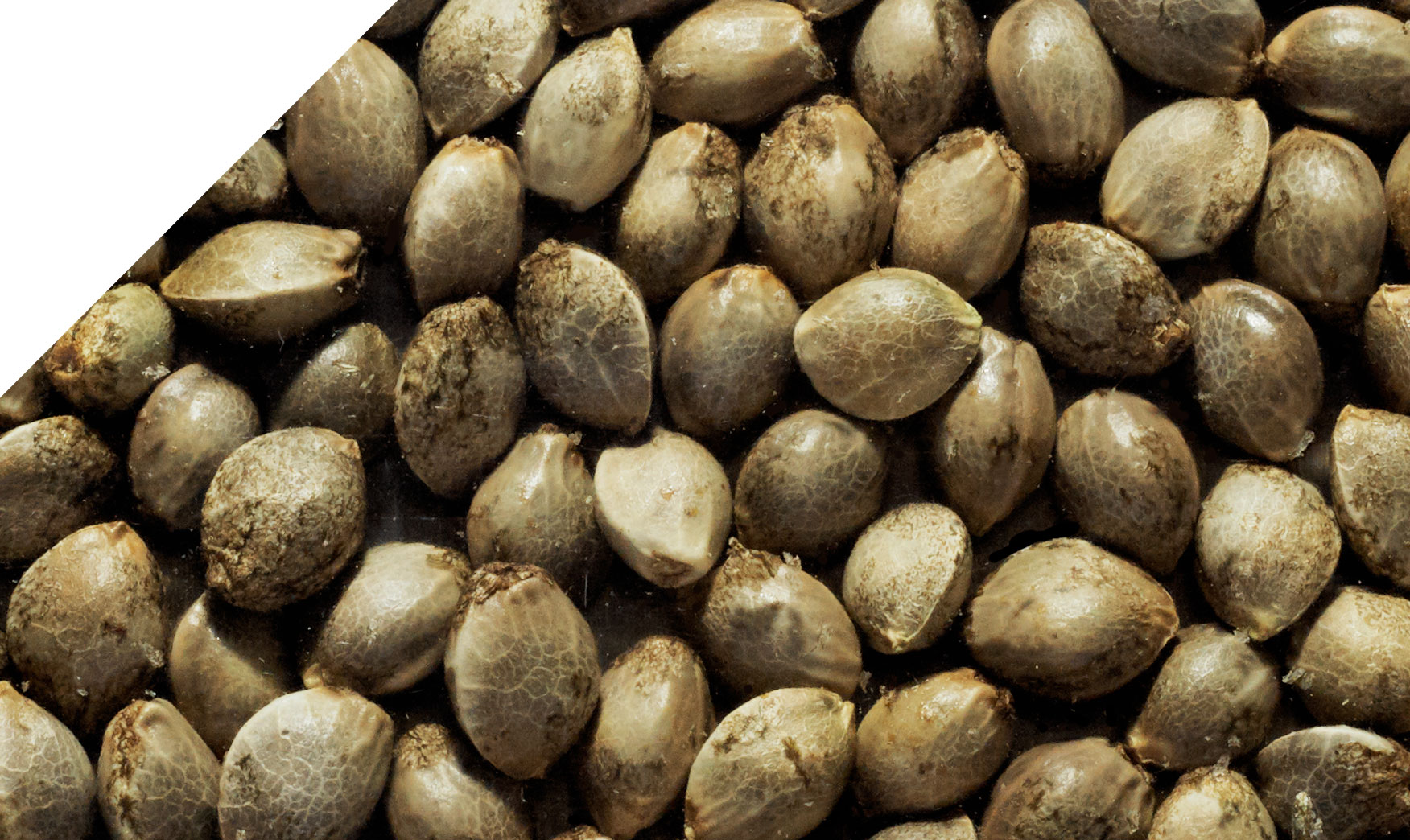 There are multiple methods growers use to germinate seeds. It’s a simple equation of adding water, heat, and air, so for this exercise we will mention what some are, reserving comment on what’s “best.”

The process starts by pre-soaking them in water for two to twenty hours. Once they no longer float it's time to introduce them to a sterile medium. An envelope of moist paper towel on a clean plate is enough to do the trick. By keeping them warm and humid, seeds start to ‘pop’ and sprout within five to fourteen days. Once popped, seeds will have opened, and a white taproot will emerge. At this stage they need to be transplanted to growing medium, making sure to lightly bury the germinated seed about two inches deep with the root pointing down.

Traditionally, growing from seed meant that growers could expect half of their crop to be male plants, which means they are not suitable for harvesting, as growers want the cannabinoid-packed ‘flower buds’ of the female plants. Feminized seeds are now available — these are genetically female plants that take the guesswork out of buying seeds. Otherwise, the earliest way to tell what plants are female is when tell-tale pistils’ white hairs start to grow from the nodes (see our post about the anatomy of the cannabis plant for more info).

Autoflowering seeds are, as the name suggests, seeds that will automatically flower within two to four weeks and are not as dependent on light management for their reproductive cycle. The short and stocky autoflowering plants have been crossed with Cannabis ruderalis, a relative to Cannabis sativa, to produce this autoflowering effect.

Getting Started with Cuttings

First of all, a sterile work area is necessary, so give those scissors a rub down with alcohol before getting started. Pick a healthy mature plant that has leaves growing out of alternative nodes, and cut a 10-20 cm branch from just below the node (cut at 45-degree angle). Trim any big lower leaves; clipping these unnecessary carbon sinks helps the cutting focus its energy on rooting.

Scrape the end of the cutting to give it more surface area and put the cutting’s base in distilled water, before dipping it in rooting (growth hormone) powder or gel, to coat the entire bottom of the plant. Put it into a pre-moistened starter cube, press down to keep the air out and cover with a humidity dome (if wanted). The cultivator (clone/cutting) then takes root and grows as a genetically identical plant to the mother.

What are Tissue Culture Techniques?

Science has brought us tissue culture techniques, an exciting way to multiply genetically identical cannabis plants that are looking like it will be the future of cannabis growing. Developed by the orchid industry in the 1950s as a way of propagating rare flowers, tissue culture is increasingly becoming more critical as a way to multiply and maintain cannabis genotypes long-term, and as a secure way to transport them.

Tissue culture is essentially micropropagation, the sterile process of cloning plant tissue where plant tissue comes from a bud or node, not a whole branch like traditional cloning. Large-scale flower and vegetable growers usually use this method as cloning uses a lot more resources to water, fertilize and grow the plants. Tissue culture enables growers to house many plants in a smaller space, and the cultures are divided and transferred to a fresh medium every four to six weeks, rather than requiring daily care. 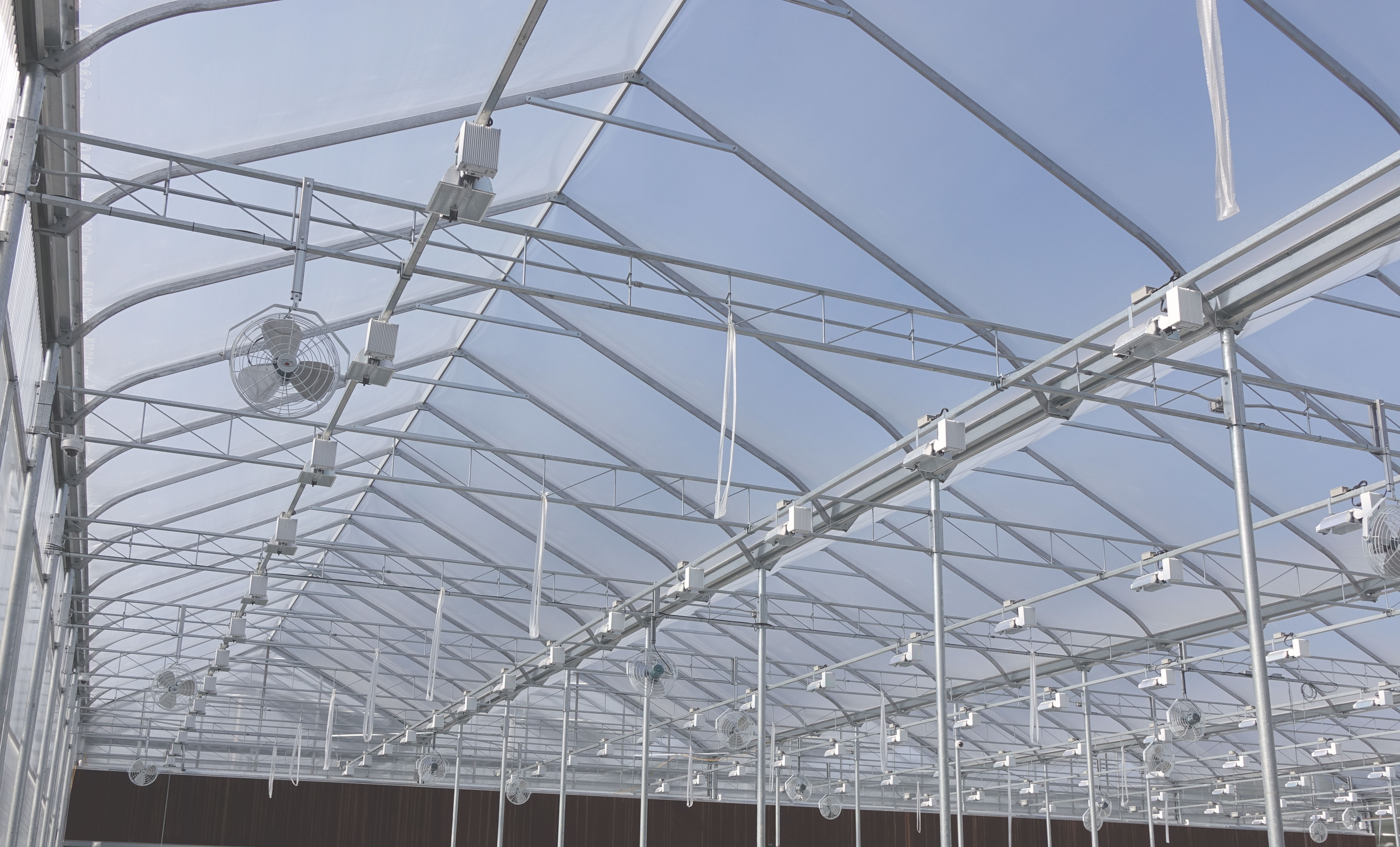 Whether growing from seed or clone, the plant will require the same inputs to thrive once rooted. Water, sunlight, air, and nutrients are all essential to the plant developing from seed or clone into a mature plant. Cannabis plants start through a vegetative phase in which they develop everything it needs to eventually produce big healthy flower buds. They then enter the flowering stage when gender becomes apparent (i.e. white pistils for female plants and pollen sacs for male plants). It’s an exciting time for growers because it means that female flower buds are (hopefully) on their way.

Sustainability-wise, greenhouse production reduces electricity demand by up to 90% compared to indoor growing.

Growing indoors means having to replicate the conditions that occur naturally, such as maintaining light and humidity levels. It does, however, allow one to grow throughout the year in colder climates.

A greenhouse has the advantage of giving the plants natural access to sunlight. Cannabis has efficient photosynthetic machinery and will consume as much light as its light-harvesting system can and then convert that light energy plus water into growth at 60X the speed of a Douglas Fir. Sustainability-wise, greenhouse production reduces electricity demand by up to 90% compared to indoor growing. Bunker growing means that light can be artificially controlled, but electricity bills will be through the roof.

So whether growing from seed or clone, outdoor, indoor or in a greenhouse (check out SunLab Nano if you haven’t yet), the most important thing is how the grower treats the plant throughout its lifecycle. Growing cannabis can be both rewarding and frustrating, but if approached with the right mindset the process will become as satisfying as the cannabis it produces.

This three-part Populace series considers the most widely accepted, and some of the more creative, methods to consume cannabis.