Cannabis has been consumed medically and recreationally for centuries, allowing people plenty of time to imagine unique ways to interact with the plant. This three-part Populace series considers the most widely accepted, and some of the more creative, methods to consume cannabis.

Whether you smoke, vape or ingest cannabis, all methods have one thing in common: they need an application of heat to elicit a psychoactive effect. The heating process is known as decarboxylation, which converts the cannabinoid acids found in the plant's resin glands from psychoactively inert, to psychoactive. The application of heat removes an extra carboxyl molecule, converting THCA to THC, and CBDA to CBD.

Most people associate consuming cannabis with smoking milled flower in a rolled joint. Others prefer to inhale the smoke cooled down via a water bong. Possibly, one has hazy memories of MacGyvering a pipe with a crushed can or an apple (for a more eco-friendly option).

Everyone has their ritual; it’s part of the fun. For some it’s the equivalent of a morning coffee, or it can replace a pre or post-dinner glass of wine. For others it’s a midnight toke; especially if you happen to be into the Steve Miller Band. 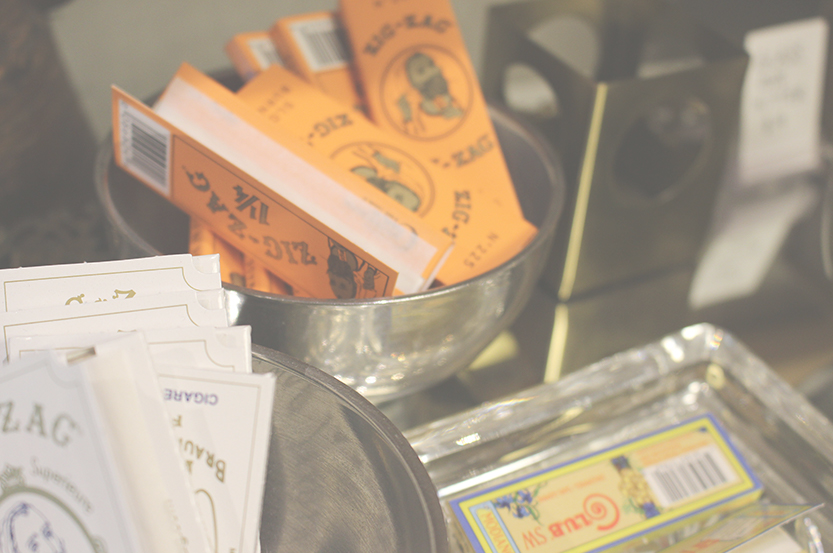 Terminology varies by region as well, in North America, blunts are cannabis-only cigarettes rolled with tobacco paper from a cigar. Joints are also cannabis-only made from lighter rolling papers (made of wood pulp or hemp), they often contain a rolled paper ‘crutch’ to stop from burning your fingers. Spliffs are a combination of tobacco and cannabis and are most popular in Europe, where — confusingly — they are called joints.

smoking cannabis has the advantage of speed over-ingestion

Names aside, there are differences in the effects of smoking using these different methods due to the inclusion of tobacco based nicotine (either as paper or content), which gives a headrush and buzz similar to caffeine.

Inhaling any combusted plant material can affect your cardiovascular and respiratory systems due to toxins found in all types of smoke. However, smoking cannabis has the advantage of speed over-ingestion, as cannabinoids such as THC and CBD enter the body quickly through your lungs, making it easier to control the experience in real time.

This is where human ingenuity has stepped things up. Concentrates are exactly as they sound, concentrated forms of the psychoactive material found in cannabis, removing the majority of the organic material found in a dried flower. Potency is the goal here, so if you’re an uninitiated cannabis user, tread lightly.

When it comes to consuming concentrates, there are two primary methods: smoking from a pipe or ‘dabbing’ a concentrated oil/wax. 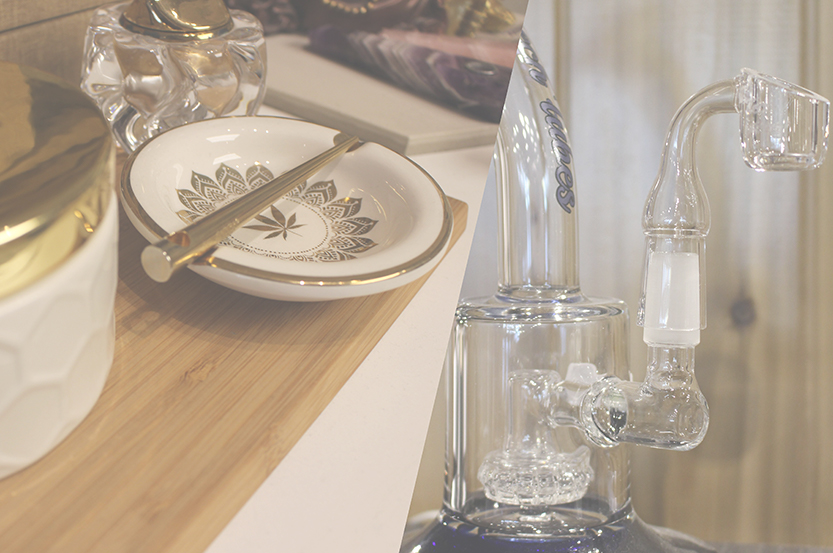 Hash (‘hashish’ comes from the Arabic word for grass) is a solid concentration of trichomes, the resinous glands of the cannabis bud, which means it is higher in cannabinoids such as THC and therefore more potent than flower.

Hash has been consumed for centuries and was usually ingested as a solid or in a beverage such as the traditional Indian drink, bhang. Hash pipes are a favourite way to smoke it -- either by itself or crumbled on top of tobacco. Pipes come in all shapes and sizes, made from clay, glass, or metal, and are often in novelty shapes for decoration or discretion. Hash pipes (are you humming Weezer yet?) usually contain a screen to stop hot resin from hitting your lips when you inhale. 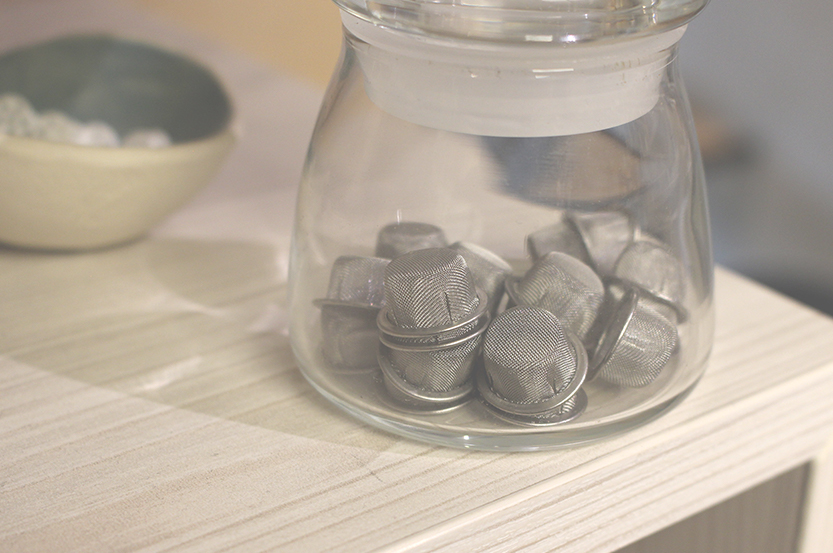 there are two primary methods: smoking from a pipe or ‘dabbing’ a concentrated oil/wax.

New extraction methods involve the use of solvents like butane or CO2. The sticky substance that it produces is known as oil, budder, crumble, shatter or wax depending on the consistency. ‘Dab rigs are a popular method of consuming these extracts and use various ways to heat the dab, from pre-heated metal objects to a direct blowtorch. This form of consumption is the most intense.

Dabbing has grown in popularity over the last few years, though its roots go back to the early 90's when a man known as "Budderking" developed the first version of budder. Hailing from British Columbia, Budderking also introduced early renditions of the dab rigs we use today.

Extracting a low viscosity oil via butane or CO2 has become the basis for an increasingly popular product, vape pens.

Vaping cannabis is a relatively new, but increasingly popular, alternative to smoking whereby cannabinoids are inhaled as a vapour. Vaporizers heat flower to a temperature where cannabinoid vapours form (around 180-190°C) but below the point of combustion (approximately 230°C) where smoke and toxins are produced.

Smoke-free vaping is a popular choice for medicinal consumers, and as different compounds vapourize at various temperatures, it can be useful for people looking to consume a specific cannabinoid such as CBD.

Desktop vaporizers provide the most accurate heating temperatures but could be a larger investment than some casual cannabis consumers want to make. The process can also be a little more time consuming than smoking, as the cannabis must be ground very finely and can take a while to set up, heat and then clean the vaporizer.

More convenient are the ‘pre-loaded’ vape oil cartridges that have been prepared either as disposable vape pens or as cartridges that are loaded into electronic vaporizers. Inhalers are also becoming more popular, and they work as a vape/spray hybrid that delivers a 10mg hit of THC. 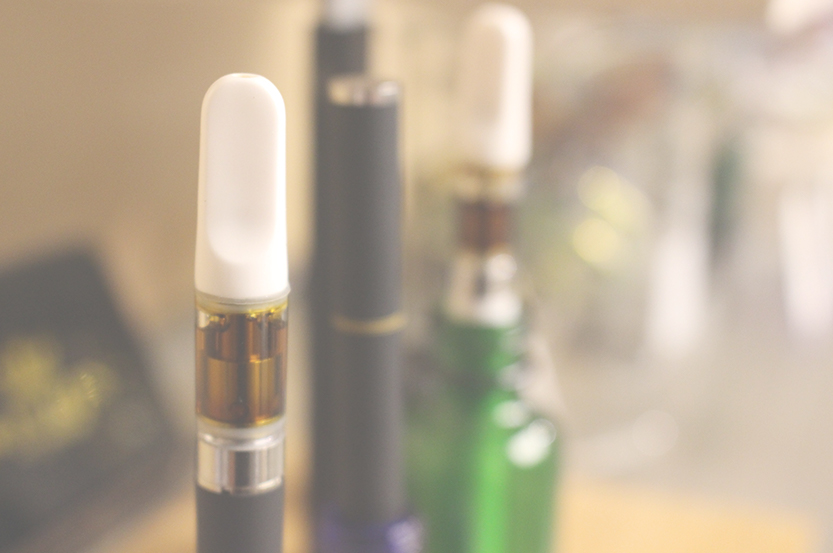 Regarding effects, it’s easier to control dosage from a vape as opposed to a long drag from a joint or pipe. A recent study showed that vaping vs smoking doesn’t affect the potency of the THC high, but it does expose users to lower levels of harmful CO (Carbon Monoxide) than smoking.

Whether you chose to smoke, vape, or dab cannabis, there’s a world of different ways to consume cannabis that depend on what kind of effect you want, what equipment you have and personal preferences. Part two of this series looks at methods of ingesting cannabis, from oil supplements and tinctures, to infusing cannabis in meals either at home or during fine-dining experiences popping up all over the country.

Thanks to Village Bloomery for providing all photos for this post.

Cannabis has been consumed for centuries, allowing us to imagine many ways to use the plant. Part two of this series considers ingesting cannabis.

Growing Cannabis from Cuttings vs Seeds

Growing BC Cannabis is one of the most gratifying hobbies for the passionate enthusiast, but how do you get started?