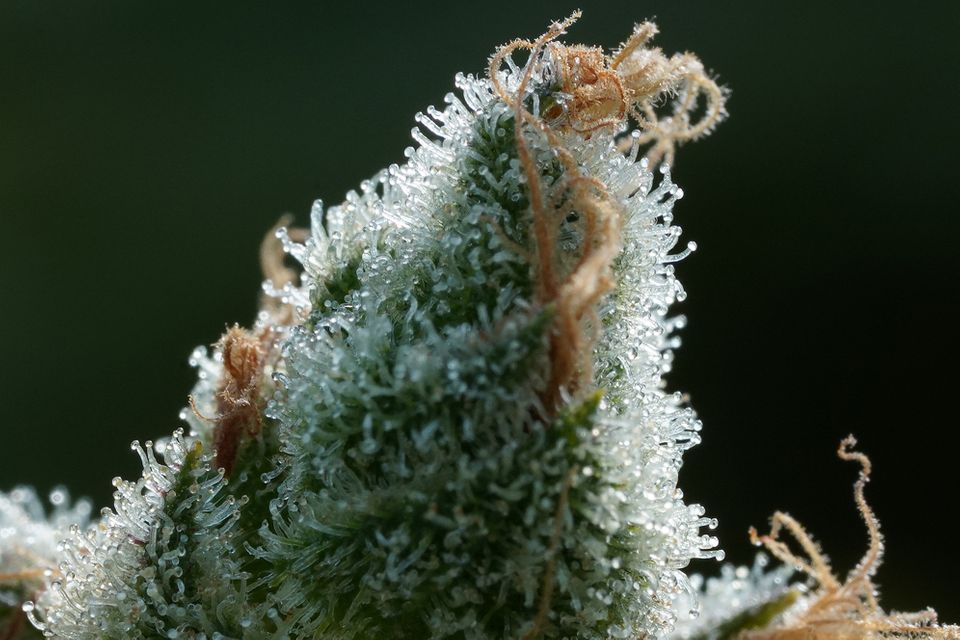 Cannabis is, at the end of the day,  just a plant and inhaling the vapour or smoke of the dried flower is one of the most common ways to consume it. However, concentrates are a whole other side of cannabis consumption that is moving into the mainstream as more people become interested in alternative ways to experience it. Whether you’re a seasoned veteran at dabbing, or are hoping to learn more about hash, here is our complete guide to concentrates.

Health Canada has release regulations for the second round of non-medical cannabis legislation this October, which include edibles, topicals, and concentrates. What are concentrates? Falling under the banner of ‘cannabis extracts’, concentrates is a wide category that will include ingestible extracts such as oils and capsules (which, confusingly, are already legal but are not classified as such). Concentrates will also cover extracts that are intended for inhaling such as vape cartridges, wax, shatter, and dabs.

Sometimes the terms concentrates and extracts are generally used interchangeably, and for our purposes, we will refer to both as ‘concentrates’, but there is a technical difference involved in the way they are produced. Both methods involve collecting the cannabinoid-rich trichomes of the cannabis plant, which are the glands of the flower that produce chemical compounds such as THC, CBD, and the aromatic terpenes.

Extracts are concentrates that have basically ‘washed’ the trichomes off the flower using an extraction technique such as an alcohol solvent (in the same way that alcohol is used to create vanilla essence) or by butane or CO2 extraction, which is a popular way to extract cannabis. Concentrates are made without using solvents and instead, the trichomes are physically removed by a mechanism such as shaking, pressing, or grinding. This could be a commercial method of creating a concentrate or by simply using a mesh screen in your grinder to collect kief.

By their nature, extracts and concentrates are a lot more potent than flower and the effects are felt much faster, due to the concentrated amount of cannabinoids in them. Concentrates can contain high amounts of intoxicating THC and currently, illicit market concentrates may contain up to 90% THC. Under the new legislation, legal cannabis concentrates can be up to 1000mg THC, which is still a lot, especially for new users. With edibles capped at 10mg of THC under the new regulations, concentrates are clearly higher in potency, so start low and go slow when considering consuming them.

All concentrates start with cannabis flower and then various processes are used to create different concentrates that vary in texture/consistency and potencies-- although all are a lot more potent than dried flower.

Some concentrates can be made at home from dried flower - kief is the white ‘powder’ that you’ll see collect in the bottom chamber of your grinder provided yours has four separate pieces. It’s essentially the terpene and cannabinoid-rich trichomes, aka the good stuff, and it can be sprinkled atop a bowl to crown it, added to dried flower in a vape, sprinkled into a joint or made into moon rocks (dried flower, sprayed with hash oil and dipped in kief - be careful, it can be up to 50% THC). Think of kief as a potent addition to your flower, like sprinkles on ice cream. Purists will use several sizes of mesh screen to get high-quality kief-- if you’re buying kief, look for white rather than green powder as this means there are more frosty trichomes and less plant matter.

Hash is another form of concentrate made from kief that has been pressed and heated - here you want to be looking for golden brown rather than green. Traditionally, hash is made by rolling a dried bud between your palms, applying some heat and pressure with your hand, to create a ball of sticky dark resin. It’s pretty messy and doesn’t yield high quantities.

Dry sifting is another way to press flower through mesh screens to create kief that can be pressed into a hash block. Other DIY methods involve blending flower with ice and water to remove the trichomes and then straining the mixture to make hash. More complicated ways of creating hash include using a mechanical drum or making bubble hash - essentially using ice water to agitate the trichomes away from the plant (similar to blending), this method gets its name from the ‘bubble bags’ that are used in the process and the bubbling appearance that the hash gets when heated.

All of these extraction methods do not involve the use of a solvent and so appeal to people who don’t like the idea of using alcohol, butane, or CO2 to make concentrates. Rosin is a similar form of concentrate that is made by heating and applying pressure to flower to collect the resin and essentially create a hash oil without using a solvent. Usually made at home by placing flower between two sheets of baking paper and using hair straighteners to heat it, rosin has become more popular in recent years as a way to extract a wax-like substance that is solvent-free.

Other methods of extraction are best left to professionals who have access to lab testing, high-grade solvents, and closed loop extraction processes to deal with any flammable gasses. Butane is used to create BHO, Butane Hash Oil or Butane Honey Oil, in a process that has ended badly for some home experimenters, due to the highly flammable nature of the gas. There is also a chance of ‘dirty’ oil if not all of the butane or isobutane has been removed properly.

The resulting product is known as wax or shatter, due to the appearance of it. Like rosin, it is super high in THC, and can be consumed via a process known as ‘dabbing’. BHO produces several types of concentrate that pretty much resemble their namesakes: shatter, as the name suggests, is a hard substance that shatters like glass when you break it. It can be around 80% THC. ‘Pull and snap’ is slightly more malleable; crumble, well, crumbles; budder is a butter-like substance with around 90% THC; sugar wax is waxy, with sap and oil being more of a sticky and liquid state.

Distillate or isolate is a more refined extraction method that takes a concentrate and distills it into a clear substance that is essentially as close to pure THC or CBD as possible. The advantage is that it removes any impurities from the oil but the disadvantage is that it loses many of the terpenes and flavonoids in the process, which are thought to have an ‘entourage effect’ with the THC. Distillates can be used in a variety of ways, including vape cartridges or dab rigs. Isolates are an even more concentrated substance, usually a powder, which could be up to 98% THC or CBD.

Dabbing is the act of consuming concentrates by heating them and inhaling - a ‘dab rig’ is the apparatus for doing this. Using this process involves flash vaporization of the concentrate, which contains much higher levels of THC than dried cannabis. So, what is a dab rig? To a new user, it can look fairly intimidating and the thought of basically heating up a nail and inhaling vapour from it can be off-putting for some.

Most types of concentrate can be dabbed (BHO, CO2 extracts, rosin) but avoid any that have an alcohol base (such as tinctures etc). Use a tiny, tiny amount of concentrate as it is super potent and may not look like a lot but can pack a real hit. Dabbing has become popular over the last decade but is usually a method of consumption used by more experienced cannabis consumers due to the potency and the fact that the process involves an open flame pretty close to your face.

Dab rigs are usually comprised of a torch and nail set up that involves adapting a water pipe by removing the glass bowl and replacing it with a titanium, ceramic, or quartz nail; a glass dome to catch the vapour; a glass, ceramic, or metal dabber; and a mini torch (chef torches are popular). Dabbing involves heating the nail with the torch, covering it with the glass dome, waiting around 45 seconds for it to cool, and then inhaling the vapour through the dome. Be careful as the nail and dome can get extremely hot and the vapour will be very potent.

Enails, aka electronic nails, is an easier and safer way to dab concentrates as they do not involve handling a hot nail and glass dome and you can set the temperature to release preferred terpenes and cannabinoid. As concentrates become more popular, technology is catching up and taking the more dangerous elements out of the equation. Vaping concentrated oil is another popular method of consumption that also allows for temperature setting.

Whether you catch a little kief to add to joints, make your own extracts, or invest in a dab rig, getting to grips with concentrates can open up a new world of cannabis consumption for both the cannacurious and longtime user. 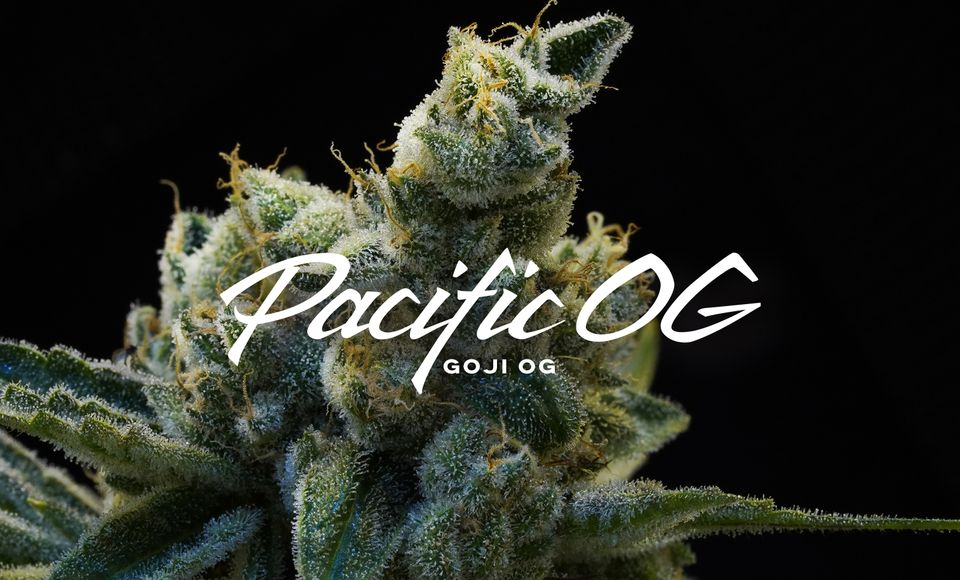